Notice: Trying to access array offset on value of type bool in /www/lablearneronline_388/public/content/1/plugins/simple-facebook-twitter-widget/simple-facebook-page-plugin.php on line 228 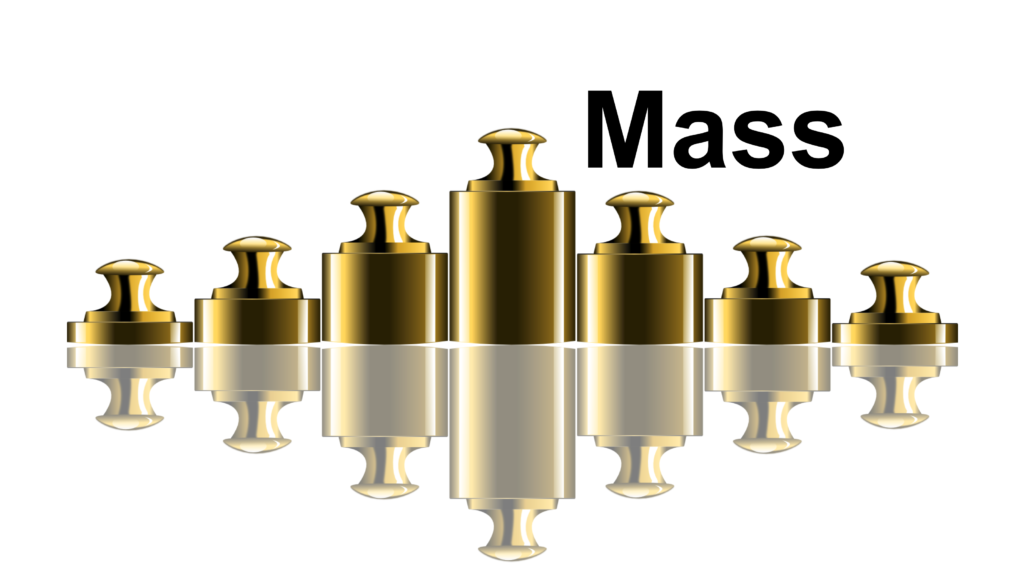 Mass in the metric system is based on the unit of the gram. Just as the meter is the basic unit for metric length and can be modified by prefixes, gram can be modified by prefixes as well. However, unlike distance, LabLearner will only use the terms grams (g) and kilograms (kg). This is because the next smallest common unit of mass is the milligram (mg), which is 1/1,000th of a gram. Accurately determining mass at the milligram level requires expensive balances and such measurements are simply not necessary for LabLearner experiments.  NOTE: The centi- prefix that is commonly used for metric length (centimeter, cm) is rarely used for mass measurements.

Things That Are Measured In: Kilograms (kg)

Just as a kilometer is 1,000 meters, a kilogram is 1,000 grams. A kilogram (kg, sometimes referred to simply as a kilo) is the metric unit that anything more massive than something like a textbook is reported in. In the English system of measurement, masses of this magnitude are typically measured in pounds. Therefore, you would not report the mass of a pencil in kilograms. When you think of the mass of things like people, bicycles, and furniture, you can think in terms of kilograms.

On the other hand, very large masses are also reported in kilograms. Thus, the mass of the Earth is:

The following are the types of things that would commonly be reported in kilograms:

Things That Are Measured In: Grams (g)

Grams are the standard unit of mass in the metric system. We just discussed things that are more massive than books or people when we talked about kilograms. On the smaller side, when you think of things much less than a kilogram, you report them in grams. For quick reference, a single paperclip has a mass of about one  gram (1.0 g).

The following are the types of things that would likely be reported in grams:

A milligram (mg) is one-one thousandth (1/1,000th) of a gram. That is, there are 1,000 milligrams in one gram. The milligram unit is used in science very often. However, as you can imagine, accurately measuring a milligram of mass requires extremely sensitive scales and balances. A milligram is approximately the mass of a grain of sand or salt

Although you will not be able to weigh a milligram, one of the pieces of scientific equipment we use in LabLearner, the triple-beam balance, can go down to about 0.1 g. That is 100 milligrams (100 mg).

Even though you will not use milligrams in LabLearner experiments, they are nonetheless worth mentioning as you often see the milligram unit on prescription medicines. Various drugs are prescribed by doctors in milligrams. A solid pill, for example, may contain 5 mg or 100 mg of a particular drug. This does not mean that the pill itself has a mass of 5 mg or 100 mg. A “5 mg” pill, for example, contains other compounds in addition so that the final pill is large enough to be manageable.