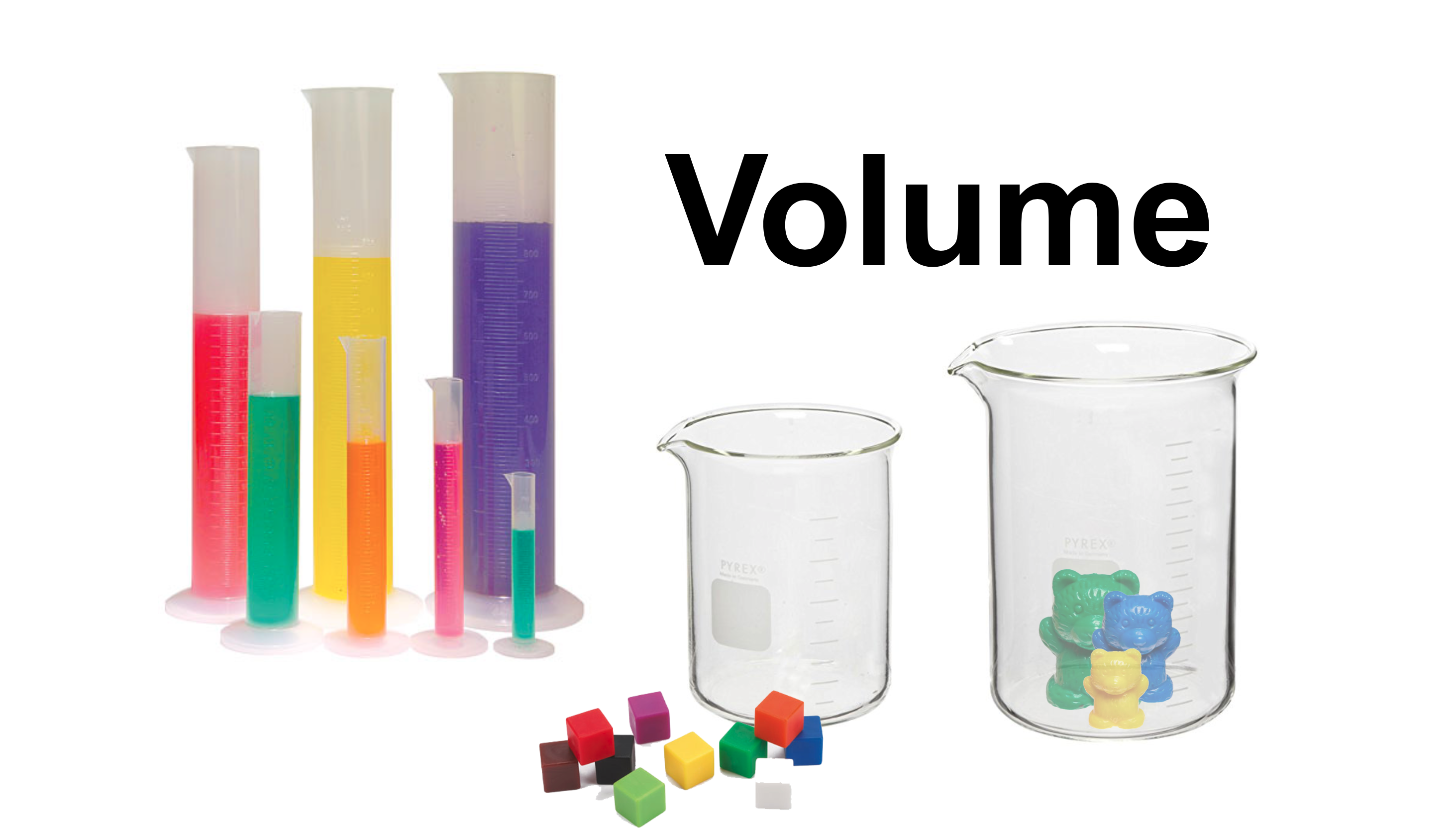 You have already worked through two important metric measurements; distance (length) and mass (weight). We are now ready to discuss the next major kind of metric measurement – volume. It was important to wait untile we were familiar with metric length before getting to volume because, for determining some volumes, we need to first take length measurements.

The basic unit of metric volume is the liter (L). Unlike distance measurements, in which we used meters, centimeters and millimeters, we will only use two units for volume in LabLearner – liters (L) and milliliters (ml).

Let’s look at how length (dimensions), volume, and mass are related in the metric system.

As you can see from the illustration above, there is an important relationship between metric length, volume, and mass. That is, a cube of water that has sides 1 cm long is one cubic centimeter (1 cm3). Further, 1 cm3 of water has a mass of 1 gram.

Now here is something that makes things really easy:

Therefore, whenever you know the exact volume of water, you also know its exact mass! So, if you have two liters (2 L) of water (or soda) you know it has a mass of 2,000 g or 2 kg. This relationship between the dimension, mass, and volume of water is what the entire metric system is based on. It is also what makes working in metrics so easy. For example, how much do you think 500 ml of water weighs? Yes, 500 g. Simple!

Things That Are Measured In: Liters (L)

A liter (L) is equal to 1,000 milliliters. Liters are used extensively in science and other human activities, particularly commerce. When we purchase things, there are a couple of different ways to determine their costs. One way is to charge per item. For example, cans of vegetables and computers are priced per number sold. That is, each computer or can of vegetables costs a certain amount.

Another way to sell products in by weight or mass. Meat and fish are typically sold by weight. You might purchase 2.5 kg of tuna or 500 g of hamburger and pay a certain amount per kg. Tuna, for example, might be 55$ per kilogram ($55.00/kg).

Liquid items, on the other hand, are sold by volume and in the metric system that means liters (L) for some liquids and milliliters (ml) for others, depending on the amount. One of the most common liquid items sold by metric volume is gasoline. Let’s look at other items that are often measured in liters.

While gasoline and soda quickly come to mind when thinking of liters, some really large volumes may be recorded in liters as well. A typical Olympic pool, for example, has the measurement shown above. The volume of water in the pool is, of course, the depth (2 m) times the width (25 m) times the length (50 m). Multiplying three numbers together gives us a cubic measurement, like when we talked about cubic centimeters (cm3), which we said was the same as a milliliter (ml). In this case, however, we get cubic meters (m3). But how many liters are there in m3? The answer is 1,000 L. Therefore, we can easily convert cubic meters into liters simply by multiplying by 1,000. In the case of the pool shown above, the total number of liters is 2,500,000 L.

The world’s oceans contain around 97 percent of all the liquid water on our planet. Can you imagine a larger volume than that! What is the volume of all of the Earth’s oceans combined? While this number can only be estimated, it turns out to be a truly enormous number: that is

In English, that volume is read as one trillion, three hundred and fifty billion liters! While this conversion from cubic meters (m3) to liters is possible, extremely large volumes, like the volume of the Oceans’ waters would normally be reported in cubic meters (m3) or more likely in km3 (cubic kilometers). In these terms, the Oceans volume is around 1,350,000,000 cubic kilometers (km3). That’s still a huge number!

Things That Are Measured In: Milliliters (ml)

Milliliters (ml) are 1,000 times smaller than a liter. Therefore, it is often more convenient to report volumes less than a liter in milliliters. Nonetheless, keep in mind that any time you report a number in milliliters, it is also a decimal fraction of a liter. Thus, 500 ml is also 0.5 L and 750 ml is also 0.75 L. Sometimes you will see fractions of liters like this, particularly at the grocery store.

The following are the types of things that would commonly be reported in milliliters: